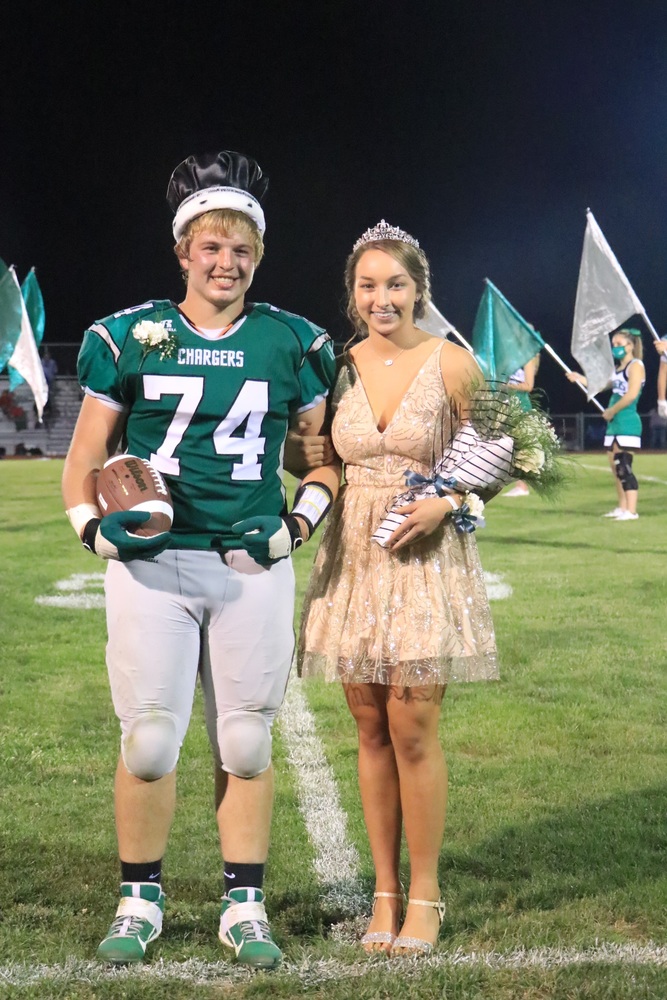 This year’s Homecoming was a little spur of the moment. Originally slated for October 9th, it was moved up to September 18. That being said, most aspects of Homecoming week remained the same, with dress up days being one of those. Monday was America Day with individuals choosing to wear their best red, white, and blue. Tuesday happened to be school picture day at the high school, and so it was Dress to Impress Day. Wednesday was Copy Cat Day with a few teachers mirroring each other, and one memorable Mrs. Doubtfire impression. Thursday was Throw Back Day where students wore clothing of the past, and Friday was Class Wars with upperclassmen wearing black, underclassmen white, and teachers green.

Friday afternoon, the students decorated parts of the field and finished their chargers before the candidates and athletic teams headed to the EMS for an abbreviated parade. Once they returned another brief parade was held through the high school parking lot, and then came the pep rally.

The cheerleaders began the rally with a cheer, and then the Spirit Week winners were announced to be Mrs. Johnson, Tera Wistuba, and Trenton Filbert. Up next, the winners of the decorations and chargers were announced with the juniors winning for their decorations and the seniors for their patriotic, masked “Uncle Sam” charger. The North Studs followed with a rousing performance, and finally it was time for a candidate game. The first game involved the girls wearing earplugs, and attempting to guess what their partner was saying. Several of the groupings were successful, and it was determined to be a tie.

The rally continued with the individual sports’ coaches and athletes saying a few words, and a cheer from the cheerleaders. Another candidate game followed, which was a play on the “Newlywed Game” where each pair attempted to guess their partner’s answers. Kinsey and Trenton were determined to be the winners. An obstacle course came next with the girls guiding their blindfolded partners through the course. Each subsequent pairing was faster with Kassidy and Emmett being the fastest. The rally concluded with a class game with each class designating an individual as having the best dance moves, or the most flexible, or who could do the most push-ups, with the cheerleaders determining the winner amongst the four.

The festivities continued that evening with the football game against Oskaloosa. The crowning ceremony took place at half-time. The girl candidates of Logan Ohlde, Makayla Ratzlaff, Kassidy Robertson, and Kinsey Schneider met up with the boy candidates of Haden Dury, Trenton Filbert, Emmett Jobbins, and Caleb McAfee on the field. After lining up, our announcer, Mr. Moore, announced the new Homecoming King and Queen to be Caleb McAfee and Kinsey Schneider. Assisting with their crowning was last year’s king, Logan Budy, and queen, Aubree Cohorst, and crown bearers Miles McMillan, son of Garrett and Kristin McMillan, and Canzada Noll, daughter of Anthony and Jessica Noll. Afterwards, the game continued where JCN won with a score of 46-14. 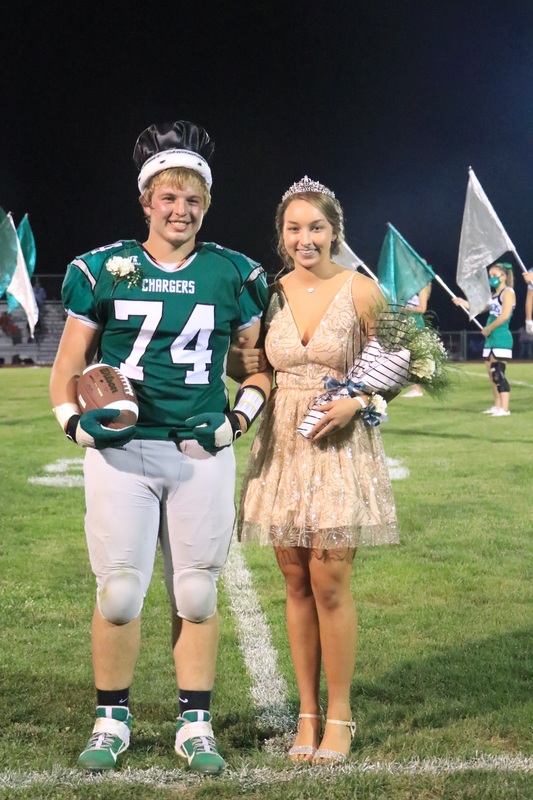 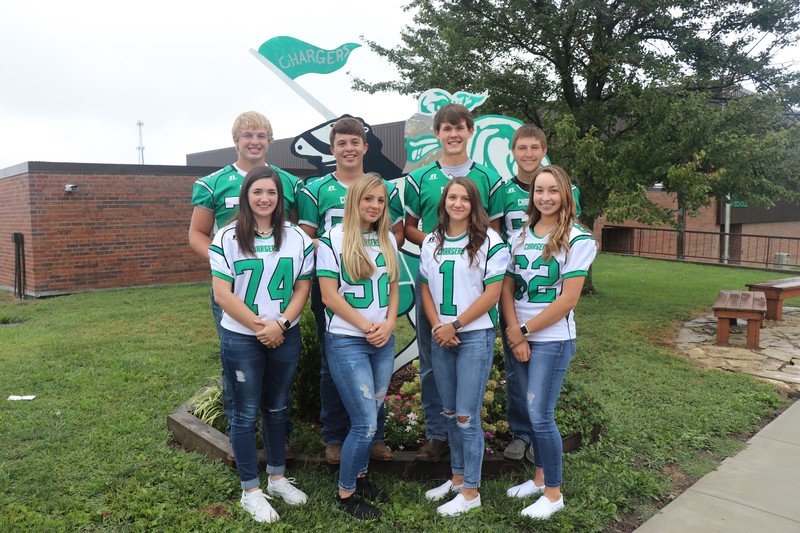 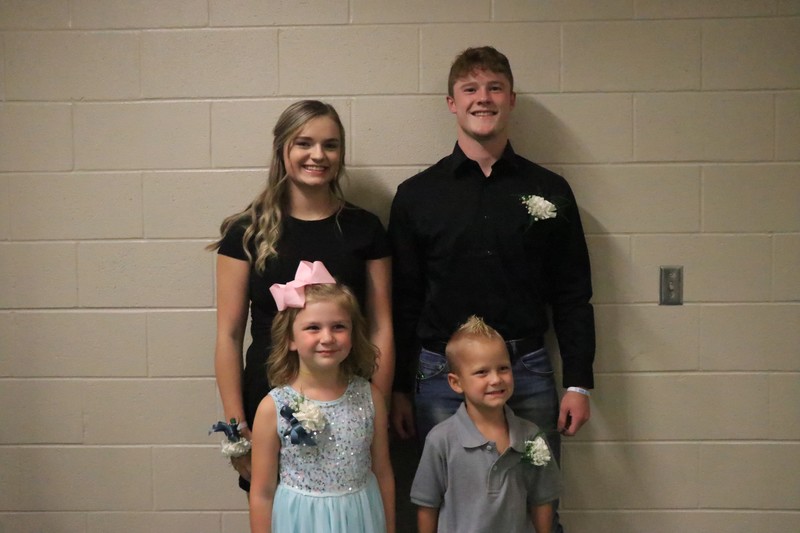